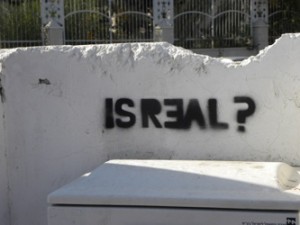 The answer is yes. Real, too,
the mosque behind and, still behind,
the vacant lots which pock this flattened
site of another epic battle for Jaffa.
Tel Aviv’s U.N.E.S.C.O-prized White City
is crumbling back to ochre, its stacks
of curve-cornered Bauhaus stucco cubes
remnants of pre-Shoah social Zionism lodged
on a shore of Canaan, against which
a nervous sea hurls roiling rows of surf
which curl and crash and surge, subsiding
in foam, as waves do, human or not.

This site uses Akismet to reduce spam. Learn how your comment data is processed.