I tend to be not unsympathetic to rather uninterested in
complaints migrants, voluntary or not, make about cultural and linguistic displacement, since I knew by the age of fifteen that I didn’t want to be the American I was raised to be. I wanted out, myself. I did have some vague idea of the consequences.

Neumatt is miniseries turning around the dilemmas faced by bourgedis enterpreneurs, in this case family dairy farmers. There’sots of milk, plus a gamut of registers of Swiss German, a gay triangle, among other romantic / sexual relationships. Everyone ishappy in the end. Even the cows. 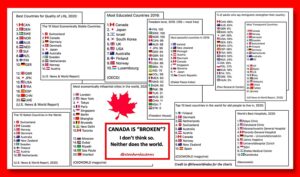 Just an installment in an epistolar meditation inspired by your own meditation of yesterday.

Although I was intrigued by Zen as a young man (almost anything arcane was to my taste at 21), I  didn’t really start “to get it” until I spent  five years getting my black belt in aikido (wiki :  https://en.m.wikipedia.org/wiki/Aikido  ; my page : https://alteritas.net/GXL/?page_id=2372).

The first Zen “master” I read was Sokei-an (https://en.m.wikipedia.org/wiki/Sokei-an). He espoused vegetarianism, though would seem to have been more of a flexitarian or reducetarian per the info you linked, because he did not absolutely rule out meat.  The principle to which he referred was the Buddha’s about not eating anything you have chosen to kill or have killed for you.

In the Jivaka Sutta (Majjhima Nikaya #55), Jivaka, a disciple, asked the Buddha about the consumption of meat. The Buddha’s reply was that meat would be unsuitable if the living animal had been chosen by the disciple, if the living animal had been mistreated or mishandled, if the intent was the animal was slain specifically to feed that monk, if the living thing was frightened, or if knowing any of these things to be true the disciple/monk consumed it anyway. In any of these instances either the consumer, the provider, or both would engender negative karmic consequences
(https://engageddharma.com/2018/02/09/meat-and-meditation-part-one/)

The dilemma boils down to what it means to be killed “for you”. I like to frame the argument around the meat counter at, say, Albertsons. Obviously, the meat there is not killed for you in particular — but presumably your choosing to eat meat implicates you in bad karma. On the other hand, if there was no choice involved, you could eat any meat served you or that you found if were hungry or in need.

Obviously a wide open field for sophists (with all due respect, S…), who could devise a string of arguments about who chooses, how one chooses, etc., arguments which lead to another question: what does it mean to choose for someone else, etc. Also, note the Buddha’s injunction against terrifying animals you might then eat.

Is a gentle death even possible?

For record, I don’t consider myself either a true adept of Zen or even have a developed philosophy of any one “-arian” stripe or another. But I do appreciate the force and import of the discussion. In practice I still choose to have meat, either by buying it already prepared at the butchers or willingly eating it when served it.

(At one point I was willing to argue that you should only eat meat you had killed yourself, but that was a silly, atavistic posture. I was taught to hunt as a boy and there is a macho side deep within me who believes that killing game is clean, albeit only if you are intending to eat it yourself, or provide it to others to eat.)

On the other hand, I now find myself eating less and less of everything, so that I probably am under the maximum for the vulnerable items in the Small Planet diet. I can’t claim virtue for this, rather a slowing metabolism, one preparing me for the worm and bacteria who will soon enough consume my own flesh, my own karmic fate  🙂

Thanks again for spurring this discussion on.

A fine piece in the Financial Times discusses not only the scientific but the cultural and linguistic dimensions of recycling the radioactive waste generated by nuclear power, which will be deadly for at least 100,000 years.

Global warming may turn out to be a minor feature of our legacy as a species.

Here is a real world game theory problem to work out: how much effort is it rational to put into staving off global warming, whose consequences may be manageable, as opposed to striving desperately to prevent nuclear war, which, if it does happen, will eliminate the very possibility of the game in which this question can be asked?

Or does it make any difference?