I was one of the lucky ones, retiring 13 years ago as a #Dean. I was also lucky in that during my term I presided over 70 hires, which means over 250 actively potential candiates and 1000s of files and letters of recomendation in those five years alone….1/4

2/4. With all due respect to those who got a leg over the gunnel, those who passed muster did so not only because they had ante’d up the basic qualifications, but because they were in the right place at the right time. The fates smiled on them….

3/4. What is insufferable is that once they make it, many of those who won the lottery think it was due to their innate brilliance alone. They continue to feed the #meritocractic myth, in part because they also need students to maintain enrolment in vanity seminars….

4/4.  My advice to prospective PhDs is to chose well your subject of research. If you are lucky you’ll be stuck with it for the rest of your life. If not, you will have at least pursued something worthy in its own right. END of 🛢. 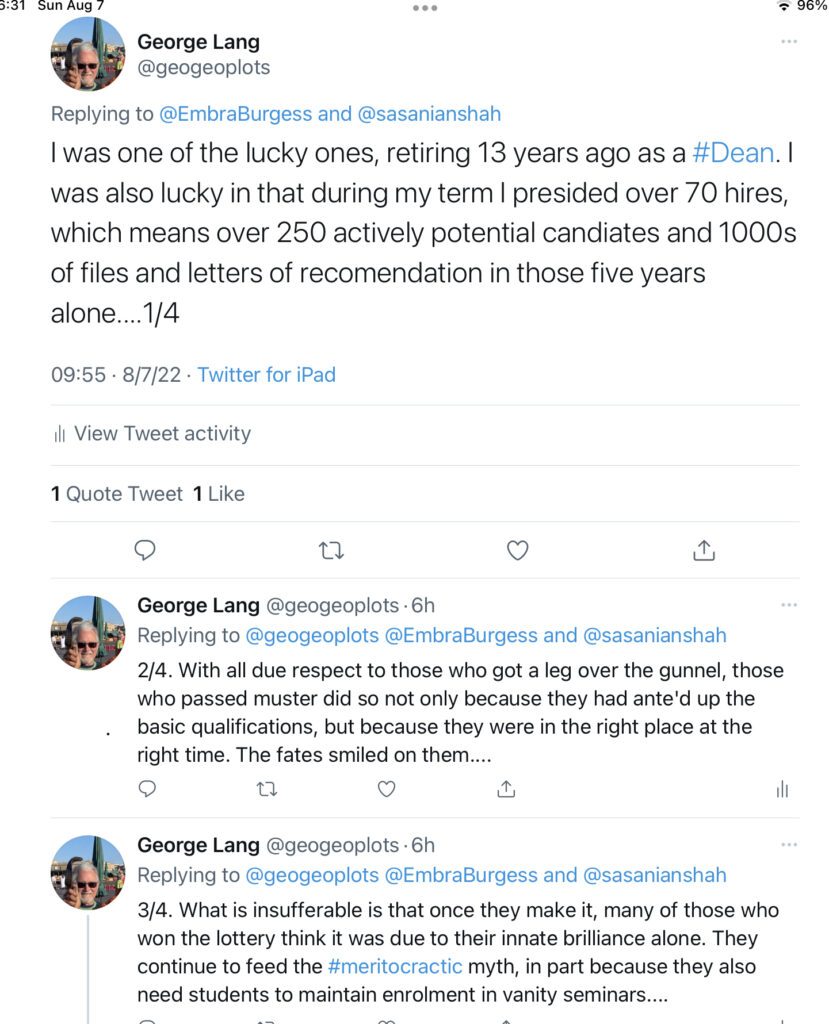 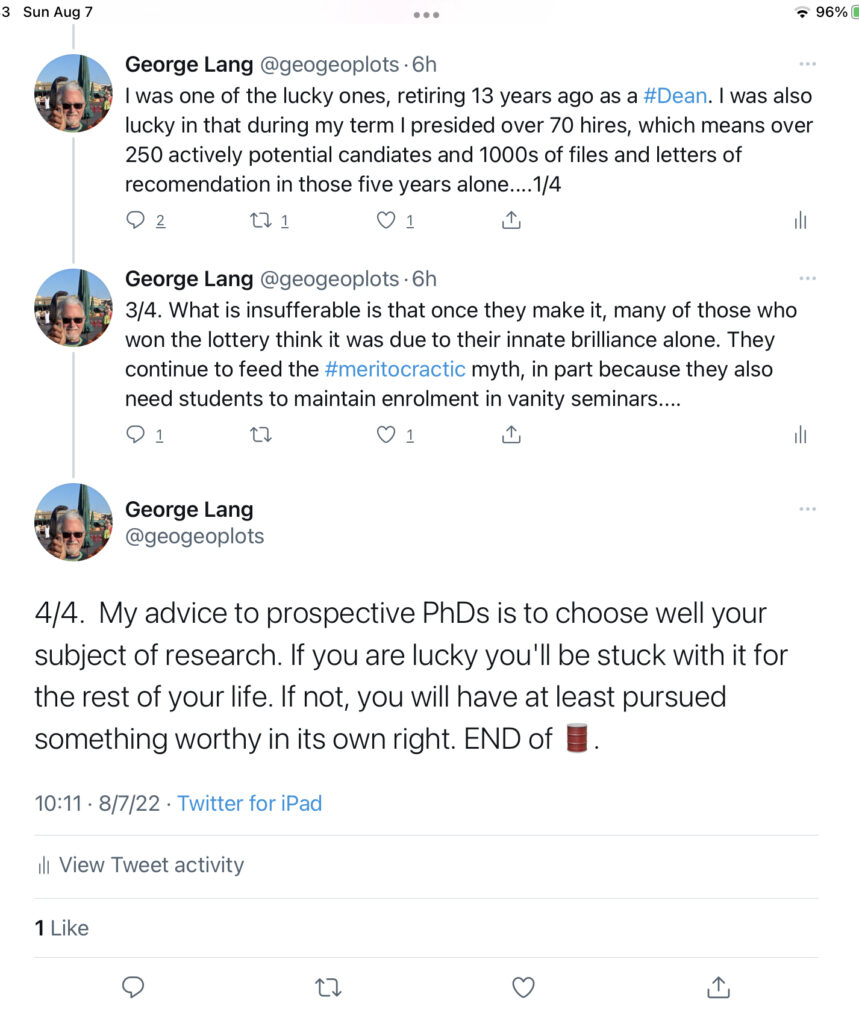 Though aikido is enmeshed a densely literate web — one has only to think of the tanka and other writings, not to mention the calligraphy of the Founder O Sensei himself — its primary mode of learning is physical.

It you are looking for an advance rational explanation, you you are wasting your time. This is because aikido aims at inscribing its logic into your own bodies, where it will lodge until you transpire, or at least as long as your body responds to your mind.

That is the dilemma I in particular face returning to aikido in my late seventies. My thought moves faster than my body, though It too is destined to decay. Already is.

There is admittedly something here of the zen master’s twacking with a stick the novice  monk who is meditating rationally about the meaning of a  koan.  But aikido is not zen, zen is not aikido.