O swelling boughs whose song
blossoms like snow in Spring,
our hearts, alas, are strung along
by dreams of you to which we cling.

Christian Morgenstern, who wrote the two stanzas loosely translated here, died well before LSD was synthesized — in 1938, though its psychedelic properties were not discovered until 1943.  There is nonetheless something acid-like about the whimsical  ecstasy in these turn-of-the-twentieth-century verses.

Right away, let me admit that my case acid has anything to do with Morgenstern’s poem (which it doesn’t) is, at best, an afterthought, the mental counterpart of persistence of vision which sometimes produces the rainbow effects he wasn’t alluding to in his second line. The highlights gracing Morgenstern’s entrancing yellow field of buttercups can be explained without resorting  to hallucination. Spring having sprung, we can easily verify that fresh leafage does sometimes have reddish edges to it, usually shifting definitively to green within a matter of days. There is thus no need to relate Morgenstern’s poetic vision to the visual effects produced by psychedelics  — or to have written any of what follows below. His “red leaf sorrel” reflected acuity of vision rather than enhancement of it.

That said, anyone who has dropped acid or imbibed or ingested or smoked serious psychedelics like mescaline, peyote, or psilocybin will recognize the aura of contrasting colors which graces objects in the visual world when on a trip, like halos except not just on saints, but everywhere. Lucky survivors of that now distant epoch will see where I am coming from, as the jargon of those times put it.

So the motif of red-and-green decidedly captured my eye, though my attention was further captivated by the sorrel, one of my favorite edible weeds. And, as I came to excavate this connection, I recalled that long before, in fact during my brief phase of home-schooling, actually home-kindergartening, I had intuited, independently I like to believe, the binary nature of complementary colors, not just red-green, but orange-blue and yellow-violet, though I always called the last hue purple. Was it my own foreknowledge and expectation of red going well with green which set the grounds for the perception I had while tripping? Or were those fractal special effects in fact there, wherever that might mean when under the influence of lysergic acid?

What I can point to is a repeated pattern in my poetry, where I often turn when trying to understand or express myself.  For example, in Ars poetica, where I describe a bird-watching expedition in Mexico in quest of a trogon, I write:

I looked up through the rainbow spray where
my creature should have been, emerald scarlet in the air,
thoughts of ruby green … 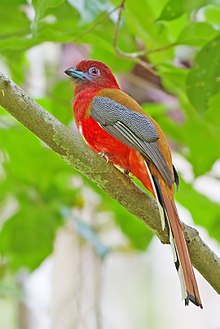 I intended to echo the baroque motif of green thoughts, but with a spectral twist of my own, playing on antinomies conjoined, emerald scarlet, ruby green.  At the beginning of the poem red bromeliads had been set like jewels in a background of tropical shade. 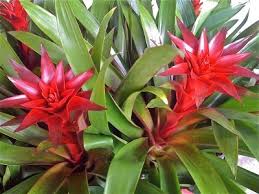 In another poem, Stoic Garden, this image of complementaries returns in a sequence starting from a statement of the primary colors themselves before adducing  antitheses first phenomenological, then corporeal.

… green for red,
absence for the flutter of a wing,
a heartbeat for a spasm.

I can’t otherwise tell you what it means, this serial substitution of contrasts, green and red, being and absence, a regular heartbeat for a spasm of an undefined sort.

In another this time explicitly Lysergic Vision, red and green themselves are not  denominated but the naked branches of elms in winter are tinged with spectral  fringes in the refracted glare of winter sun off the skin of the trunks and limbs of a stand of trees in a field of crusted snow one blue-sky February afternoon in Wisconsin:

O, the spectral symmetry of the elms,
retinal veins through which suns stagger
on stilts, suturing folds of soil and sky!

Those sutures of sky and soil were polychromatic, in my memory to be sure, but actually, then and there.

In my spiritual life there is a before and an after LSD. I haven’t touched the stuff for over half a century, since the summer of 1967, but in my opinion LSD was the perfect entheogen — a “class of psychoactive substances that induce any type of spiritual experience aimed at development“.

The power of those entheogenic experiences was such that my memories of them were eventually gathered in Déjà vu:

Once they are with me I know they belong,
these spells when I do what I know I’ve done.
They start with a memory, where ought to be none,
an onset of symptoms something is wrong.
Then reigns within a split second of grace.
Familiar feelings are stripped of their name.
What is marvelous springs from one and the same
utterly common theme I cannot place.
Some quirk or trick of thought quells my fear,
makes the moment’s scattered parts cohere,
shows behind the hubbub and din there swells
a hum I might be able to hear
if I ceased listening, a drone which dwells
and will still when I disappear.

For over a half-century I’ve perceived transcendence or immanence or any psychically aware state through the lens of those LSD-driven bubbles of expanded consciousness.

Déjà vus are now all I have left to cling to, like the dreams in the last line of my translation. I worship their fleeting instants as unique instances of reunion with … the godhead? No, that puts too much of a theist spin on it. But the metaphor of communion may hold. Déjà vus are like sacrements to me, except there is no need to confess in order to receive them.

For those who read German, here is finally a classic exegesis of the Morgenstern source, a reading that doesn’t come down to mounting ones own hobby horse, as I have done here. He says, dismounting, and offering with apologies to any who have been waiting for it, the poem itself: