Many years ago I wrote some light verse about the Second Vasectomy I had to suffer, the first one having failed out of what I feared was obdurate will on the part of my genes to procreate. The two stumps of my severed vasa had found a way to reconnect despite cautery, aligning so perfectly that the 2-3 mm channel through which sperm is conducted into the penis and ejaculated remained functional. I thought of these stumps as a pair of cobras dancing opposite each another to the warble of a flute, finally embracing in a kiss. A kiss of life.

Planned Parenthood had to go back to the drawing board, me back to the operating table. Only local anesthetic was applied on both occasions, so I got to observe, admittedly with a blurry, distant eye.

This time I’ll settle for prose instead of poetry to describe — not in gory detail rest assured — a recent medical procedure, a colonoscopy. Though there is a poem involved.

For the record, colonoscopy is a common procedure for someone of my age. The results were negative, which means they were good. Nothing ominous here.

Yet there are few things as excruciating as the obligatory 24 hour fast and purge before a colonoscopy. Purification of the gut is accomplished with the help of a truly awful substance, CoLyte, of which four liters, roughly a gallon, must be poured down ones gullet within a few hours to prep the large intestine, voiding it of all opaque matter, in particular the very fiber we are urged to eat daily. Once the inner bowel tissues are pink and shiny, they can be observed with the help of a colonoscope, the overall state of these tissues be determined with a self-contained mini-video. Any suspicious polyps or other growths can be snipped off and saved for the lab.  As for the procedure itself, it was a real gas, if you’ll allow me the expression. 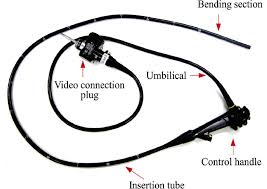 The way it works is that the patient, or at least his, in my case, colon is inflated, this to facilitate the insertion of the device. Afterwards, it takes an hour or two to deflate. Surprising how inodorous the farts are, comparatively speaking. A bit like a fine white wine, like water splashed on hot slabs of sedimentary rock. Very little rot there.

Just before starting the operation, the nursing personnel administered a sedative and an anesthetic. The latter had a familiar ring to it, FentaNYL, whose brand name is the apt coinage Sublimaze.*

Yes, FentaNYL is one opioid involved in white blue-collar drug addiction, similar in some ways to Oxycontin but stronger, in fact 75 times more powerful than morphine, while Oxycontin is but 1.5 times. Analogues or variants of FentaNYL can be as much as 10,000 times stronger than morphine, which is why they are often deadly when casually mixed into street drugs such as cocaine like Comet or rat poison have been in the past. It follows that FentaNYL is dispensed medicinally in micrograms, what we used to call mikes back in the day of Timothy Leary. In my case I got the standard 50 mcg dose via IV. It worked.  Michael Jackson got much more.

As I reflected back on the experience later in the day, it became clear that the second ingredient in my pre-op pharmaceutical cocktail was more intriguing than the narcotic. Modazolam is a sedative often combined with FentaNYL to ease anxiety about an incipient and then ongoing procedure. It is known for its capacity to create anterograde amnesia, the “loss of the ability to create new memories, leading to a partial or complete inability to recall the recent past, even though long-term memories from before the event which caused the amnesia remain intact”.

I’m-gonna-stick-this-thing-up-your-rectum-but-you-won’t-remember-it, kind of thing. For this reason Modazolam plays a part in the pharmacopeia devoted to EoLC, end of life care. As Woody Allen said about dying, he doesn’t want to be there when it happens. Modazolam might help, since with it you won’t remember, even in an afterlife, that you were. And, mercifully, I was present only physically during my encounter with the snake-like colonoscope.

Retrograde memory is another kettle of fish but there are also many drugs which can destroy or impede long-term memory much faster than the humdrum decay and degeneration of the brain. We all manage our memories as best we can, availing ourselves of the techniques and disciplines which work best for each of us and turning when need be to the panoply of mood and pain-abating drugs available, too many to list but including the simpler non-pharmaceutical ones I like best, coffee, wine, cannabis, in that order and optionally, depending on how I feel, on what I define as my needs.

One non-chemical way to manage our own memories is through the exercise of poetry.  Which brings me to my point.

A couple of years ago I began a poem citing the advantages of dementia, currently a kind of euphemism for senility, becoming senile. This process of getting old and losing memory function is usually looked upon with shame.

Not by me. I want to go down proclaiming the benefits of forgetfulness, the glory of senility which even the Stoic Seneca never addressed properly. Here is a start in that direction.

Loss of memory short-term — a boon in disguise!
Attention then falls on what dwells in the eyes.

Recollection, remembrance and their coeval regret
make up together the other great threat.

Wisdom if it comes means cutting the cord.
Breaking with memories brings as well the reward

of recognition hard won at long last
things of youth are things of the past.

*(JOB ALERT FOR UNEMPLOYED POETS: Pharmaceutical companies might pay well for creative concoction of brand names. Look into it.)