Crossing over into my seventy-fifth year I have finally come to see how lucky a life I’ve lived. For one thing, I made it to seventy-four and I am still, knock on wood, going strong. It would have been impossible to persuade me of this during the existentially problematic first half or so of my life, after which I had become inured to angst.

Now as I watch new-born become infants, infants children, children tweens and then dreaded teens, I am saddened by their dystopian fate. Even before they are fully done with diapers they are dispatched to daycare and pre-school, from there to pass seamlessly into kindergarten and then on to the steady drip-drip of indoctrination which awaits, at least another sixteen years if they stay the course. The worst loss is of the early seasons of play — solitary play, let me insist.

Pre-school does indeed serve as a site for play, but always with other children. The effects can be seen immediately. Take a little girl who has been raised until three without gender stereotypes, things as simple as pink for girls and blue for boys. Within weeks at pre-school she’ll be asking for things pink. Come Halloween, a ballerina’s frou-frou. Not too long after comes corporeal dysphoria. I wish I were taller. I wish I had straight (or curly) hair. Group thought is often group abuse, abuse of others who are different. When children play together they prey together, on one another.

I can offer no solution to the parents of today. The conditions which created my little Eden, on the surface far from  idyllic, no longer exist.

It was the first years after WW2. Dad was always scrambling for work. We moved several times before I was seven, when we finally settled into the lower-middle class East End of Houston. 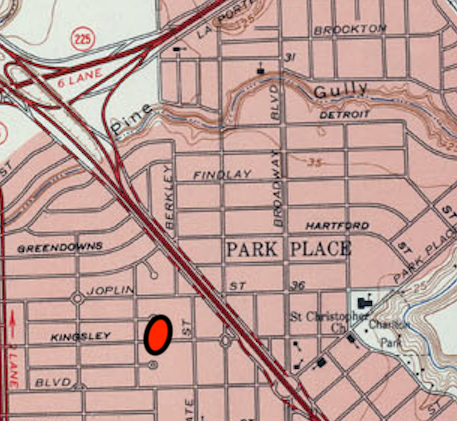 We had had a rental home here, another there, a garage apartment belonging to Granny, another rental down the street, and so on. To be sure, I had siblings, real ones. Marc was born when I was two and a half, Nancy, four plus some months, Steve just before I turned six. Shortly afterwards I entered first grade and began with the buffer of a few years of solitude my own ordeal of socialization via peer torture. But during those few years of relative secusion I was forced to learn to think on my own.

In addition I then had the windfall luck of skipping kindergarten because of complex health problems I won’t go into here. By the time I got to first grade, I had set the compass of own course in solitary interaction with creatures of my own imagining. Not fake friends. Imaginary playmates with whom I shared a paracosm, which is what friendship is about.