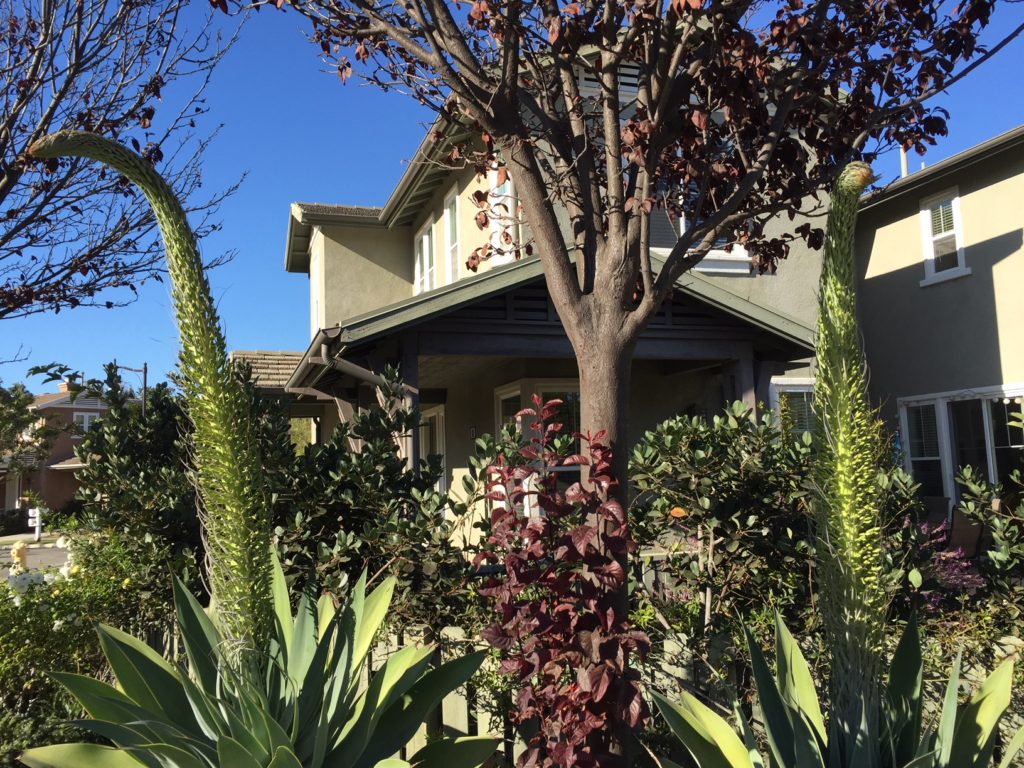 Two of our agave have begun to spike. These succulents reproduce only after have stored sufficient sugars to blossom, after which they die, examples of semelparity, once in a lifetime reproduction, along with male black widows, whose copulatory suicide tends to ensue the species goes on, or the male praying mantis. Here it is the whole plant which expires.

I thought it would take much longer, but these agave were transplanted from a neighbor’s yard and obviously feel themselves ready to go.

They are daily reminders to me of one of my more spacey recent poems, Stoic Garden, which I append here for your confusion and, I hope, delight.

No tree says flowering is better
than bearing fruit, just lovers, who embrace
the faith we belong to homo sapiens,
that nostalgic species, the one which takes
the egotism of dying for its own,
longing for perfect flowers and fruit.
Like hummingbirds, themselves deciduous
leaves which perish if trapped in airlessness,
they flit from one lush shrub to another,
sucking at salvia and drooping fushia,
drones darting off to persist, if at all,
in retinal afterglow, green for red,
absence for the flutter of a wing,
a heartbeat for a spasm.